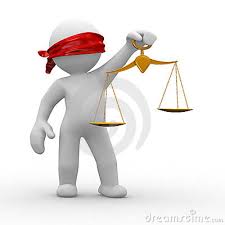 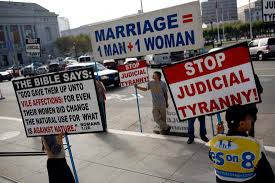 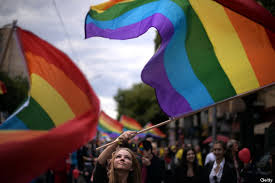 Could it be possible that we may see protests on a scale of riots in the past should the SCOTUS rule against the elite of LGBT?

Then again, there may be no riots at all. You never know. But we can expect major protests throughout the country.

It would be something for the elite of LGBT to sponsor riots. Just imagine people destroying church property, acts of vandalism, maybe even violence against pastors or believers that stand on the Word of God against homosexuality.

In a nut shell, the SCOTUS blog gives us a synopsis of the case brought before the Justices.

1) Does the Fourteenth Amendment require a state to license a marriage between two people of the same sex?

2) Does the Fourteenth Amendment require a state to recognize a marriage between two people of the same sex when their marriage was lawfully licensed and performed out-of-state?”

Riots are nothing new to the Body of Christ.

If you go to the book of Acts or Acts of the Apostles, you will see opposition almost every time the gospel was preached. In Acts 19, we see that the power of the gospel had such an affect on people that they brought out their books on sorcery to be burned.

The gospel had so much power in the city of Ephesus that it disrupted their economy.

No one wanted to buy a statue of Diana of the Ephesians any more.

The whole city assembled and shouted one phrase for 2 hours.

“Great Is Diana Of The Ephesians!!!”

Could it be possible that they could send roving teams of homosexuals to houses of worship, known for standing against homosexuality and protest while performing lewd acts? In fact, be prepared for them to come right into the house of worship and same sex kiss or perform other lewd acts during praise and worship or at the preaching of the Word.

Could it be possible that they would do this on Sunday? Well, in NYC after governor Cuomo and the state legislation approved SSM around June 24, 2011, mayor Bloomberg opened up the Municipal building to accommodate marriage licenses for same sex couples on Sunday.

Over a year later around October 22, 2012, Hurricane Sandy hit the area.

You can’t make this up.

It’s been done before. There is no question that it may be done again.

I have no doubt about it. They will be bold. We must be just as bold.

The power of God was in the vicinity of the man dwelling in the tombs.

This will be our opportunity to minister to them the power of God for them to be delivered.

That’s what I offer when I’m open air street preaching. That people can be delivered from the power of darkness in the name of Jesus because “He whom the Son sets free is free indeed.” And “Where the Spirit of the Lord is there is liberty.”

What is the proper Christian response to those that would come and protest in front of your house of worship?

If the justices rule conservatively, true believers should not be giddy. In fact, we should be planning against the next round of attacks that will come. Yes, praise God, but let’s look ahead and be prepared.

We should be aware that they already have plans in the event that the justices rule in our favor.

We must remember that the devil and his children will never stop until the church is in conformity to sin and destroyed completely. The final goal is not SSM. Neither is the final goal to Constitutionalize homosexuality.

The end game goal is to rid the church from off the face of the earth.

Over the last few years, we have seen where there is no continuation of the light in the church, darkness assumes the property. For instance, when a place of worship is no longer used, it’s turned into a place for worldly use. Condo’s, playhouses, and other uses than it’s original purpose.

So it is with the local church. If there is no new life in the house, there is a good chance that it will die. If that place is infiltrated with sin and there is no repentance, the Book of Revelation, chapters 1-3 reveals what will happen to those churches that refuse to correct itself.

Here is our response should the justices rule in LGBT’s favor.

“Blessed are you when they revile and persecute you, and say all kinds of evil against you falsely for My sake. Rejoice and be exceedingly glad, for great is your reward in heaven, for so they persecuted the prophets who were before you.”

“You have heard that it was said, ‘You shall love your neighbor and hate your enemy.’ But I say to you, love your enemies, bless those who curse you, do good to those who hate you, and pray for those who spitefully use you and persecute you, that you may be sons of your Father in heaven; for He makes His sun rise on the evil and on the good, and sends rain on the just and on the unjust.”

“Bless those who persecute you; bless and do not curse. Rejoice with those who rejoice, and weep with those who weep. Be of the same mind toward one another. Do not set your mind on high things, but associate with the humble.

Do not be wise in your own opinion. Repay no one evil for evil. Have regard for good things in the sight of all men. If it is possible, as much as depends on you, live peaceably with all men. Beloved, do not avenge yourselves, but rather give place to wrath; for it is written, “Vengeance is Mine, I will repay,” says the Lord.

Therefore
“If your enemy is hungry, feed him;
If he is thirsty, give him a drink;

For in so doing you will heap coals of fire on his head.”

Do not be overcome by evil, but overcome evil with good.”

Heaping coals of fire on his head sounds destructive, but I believe that even though vengeance belongs to the Lord, in you doing good to an enemy, it should burn in his mind that you love him just as the Lord does and that he, as a result of receiving good from you, would relent of the evil he intended to bring up on you.

However, there will be those that will curse you and even do physical harm to you. Be prepared.

We should never say things to bring hostility nor should we incite riots. However, the truth spoken in love will always bring offense.

Righteousness disturbs the peace of sin.

While we will always be remembered for our stand, it’s not going to be a nice neat package. However, we should not be known for doing evil because evil was done to us.

Should I be confronted, I will want to dialogue with them. I do not intend to put myself in a position to cast my pearls before people that are bent on destroying that which is costly, and then they would turn to destroy me too. Neither will I compromise the Word of God.

The Word of God is non-negotiable. God is closed minded when it comes to sin, and every true believer must be too.

We want to offer the Savior to all sinners, remembering that we were once in the way of perversion too.

Getting into heated arguments for argument’s sake is a no win situation. You have to be discerning about who you want to dialogue with. If proponents and sympathizers are closed minded about their sin, there is no reason to dialogue at all. They refuse to budge and you must hold your ground on the Word of God.

But if there is a chance that they want to repent and give their life to the Lord, it’s an opportunity worth pursuing.