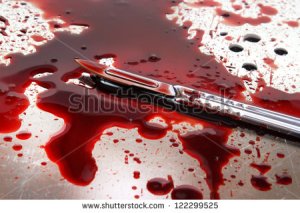 The eighth video from The Center For Medical Progress has been released.

Some of us are outraged that this is happening in America against the law, but the Lord Jesus said, “Because of lawlessness the love of many will grow cold.”

Yet, we still are refusing to at least address the fact that the fuel to this madness is adultery and fornication.

In any fire, you need three items. It’s called The Fire Triangle.

Eliminate any one of these three essential items and you cannot have a fire.

When you do not have sex, you cannot get pregnant.

While we are protesting, millions of people are committing adultery and fornication. Many women are getting pregnant outside of marriage. Many women are killing their unborn babies. Many women may or may not know that their child is used for research after they are violently extracted from the protection of the womb.

The women aren’t the only ones that carry the blame.

It’s a lesson on who to avoid in marriage.

When it comes to sex, some men are stupid. And to top it all off, men advocate the killing of their child without any hesitation. At the drop of the hat, they willingly provide money to kill their own child. So two crimes, maybe three were committed. Coveting or lusting after a woman’s body, adultery or fornication, and murder.

So men do not walk away from this. Guilty, culpable, and if they do not repent, as well as the sinning woman, they are on their way to hell to burn for all eternity.

They are yanked from the womb alive and then dissected alive to harvest body parts.

There used to be a day when such crimes would have been charged already, but because we do not deal with adultery and fornication, abortion is not dealt with. The Bible is absolute. Exodus 20 tells us about the command of the Lord not to commit adultery. Leviticus 18 gives us the law regarding sexual purity. We can go on and on about the Bible’s prohibition on sexual conduct outside of marriage or with same sex, but because there is no outrage on this level, there can be no outrage on murder, let alone harvesting body parts and selling them for top dollar.

“The wages of sin is death but the gift of God is eternal life through Jesus Christ our Lord.” Romans 6:23

Man wil be paid for the sins committed. Adultery, fornication, homosexuality, and the murder of innocent children.

Also we got word that the temporary injunction imposed by a judge was lifted on Friday. Which means more evidence will be released. Thing is, will there be any criminal charges launched or will the love wax cold to where there will be no charges?

Will there be a complete and permanent stay of execution on the unborn?

Will we have the guts and the resolve to abolish the murderous practice of abortion?

Or will it be just business as usual?

The article containing the transcript of the eighth video and the actual video could be seen here.