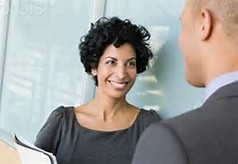 Each Sunday, you get that connection. You take in more than his words.

His “charisma.” His “personality.” The “eye” connection.

Service ends and you can’t wait for him to say a few words to you. Makes you feel special. Uplifted. Inspired.

The “connection” goes beyond words and a sermon.

Suddenly, he confides in small talk and finds that you have some wisdom.

He takes things to the next level.

He takes in your “womanly advice.”

He talks about his troubles in his marriage, but you know that anything he says about his marriage will be one-sided. He makes his wife out to be very bad and puts himself in a good light. The pastor admits some “mistakes” but covers the real sins of his life.

He is sexually out of control.

It isn’t long before he tosses phrases out to you that goes beyond suggestions.

But you give in to his advances.

In a moment. In the twinkling of an eye, you find yourself in a hotel room with a man of God. You forget about the Word of God, holiness, righteousness, and purity for one moment of sinful pleasure.

You found out a lot about this “man of God.”

He wasn’t the kind of person you thought he would be.

He treated you like a sexual rag doll. You felt dirty and ashamed. You even felt taken advantaged of but you went along with it because you thought he “loved you.”

Each sinful encounter in that room felt like you were doing him a favor. Giving him your ear. Easing his “marital pain,” but you were getting something too. No woman engaged in adultery with a “man of God” leaves without something. The excitement, the passion, the fulfillment of lust that leads to death.

In exchange of the dopamine by illegal sex, you think that you would get a pastor’s attention. Or more preferable, “his male attention” at the expense of his wife. You pretend for a moment that you are his wife. You wanted what his wife was legally entitled to and participated in destroying a man’s marriage.

You must remember that how he betrayed his God and his wife, sooner or later, he will betray you. As soon as someone else comes along, he leaves you to pursue another body.

Sexual connection gives the false sense of security. Sexual connection is only validated in holy matrimony. Violating marriage vows is just another stepping stone of a man’s inability to discipline himself to abstain from every other woman.

When an adulteress willingly participates in violating that vow, it is very rare that the sinful relationship survives. At the end, an adulteress is left with nothing. The security she once thought is fleeting.

The woman at Jacob’s well had such a relationship with men (John 4). The security that she sought just continued to evaporate with each man. The last man that she was with, the Lord Jesus told her that he wasn’t her husband. She gave up on marriage. Whether the men before her gave her a written note of divorce because they couldn’t deal with her, or the other way around is something to consider.

Whether it was just a looking just to fulfill sexual desires is also something to consider.

It’s not uncommon for a woman to use her femininity to have power over a man.

But in many instances, women will use sex for a higher purpose.

Sex with a pastor is sometimes that high purpose.

Her feminine power lured that pastor away from God and his wife. Or the pastor was a predator to begin with and took advantage of an emotionally unstable woman. Then it was probably a calculated maneuver by a woman to destroy a man of God.

It’s not unheard of because just as unholy men are sent on assignment by the devil, unholy women are sent the same way.

Then there is the women that just throws aside any discipline and allowed themselves to be duped to pursue a relationship that she wasn’t supposed to have in the first place.

Perversion in the house of the Lord continues.

The coming of the Lord is seemingly delayed and liberties that would normally be shunned are initiated and desperately pursued. Pastors are aware that temptation comes in various ways. satan drops his seed of lust in supermarket stands, TV commercials, movies, sports that we watch each week, Internet news, watching weather and news reports of sexually provocatively dressed women.

In church, they come in, wearing things that are only worthy of strip clubs, bars, and other sexual venues.

It’s now hell instead of holiness for holy men of God.

There is no guess work to a sexually provocatively dressed woman’s intent.

Sadly pastors are on the prowl. Looking for anyone that is “fair game.”

Like clock work, they use their charm and finesse to abuse any woman willing to get into bed with a predator.

How does one know that a pastor is a predator?

When it is more than one woman. This is determined, not by how many bodies they have had in their bed, but in their fantasy.

Matthew 5:27-30 and Proverbs 27:20 clearly indicate that the mind of a man could have had several hundreds of women.

Thank God that there is power in the blood of Jesus.

We can shut the door to Secret and Overt Sexual Sin.

Pastors must fight to stay on his face before the Lord at all times, and live like Joseph, ready to run from Potiphar’s wife. More importantly, never find yourself in a situation that makes it necessary to run. Be aware of your surroundings and contacts as much as possible.

Never assume that it will not happen to you.

Like clockwork, the devil watches for that one opportune moment to bring his best to destroy you.

The most unsuspecting women and the most boisterous woman, and everything in-between must be watched. Leave nothing to chance. Change what you’ve been watching. In fact, deliberately, and significantly reduce towards eliminating movies, TV programming, Internet, social media, and other forms of contact.

The seed of devils called seducing spirits and doctrine of devils is all the time lurking to gain access to your heart, mind, and body.

If God can forgive a man for sin, there is nothing in the Bible that says that we can’t reconcile a marriage. While the Bible says that sexual immorality is grounds for divorce, even that could be forgiven.

It takes the grace of God to forgive a deliberate act of betrayal, but it doesn’t have to get to that level.

Learn to head it off before it gets to that level.

Husbands and wives do not have to be “headstrong” in relationships.

Learn to treat each other with respect, decency, and honesty.

Learn to forgive as Christ forgave us.

Recognize that no difference has the power to overcome the grace to forgive.

Talk openly and honestly about any sexual issues. Overcome the embarrassment and deal with this subject. The enemy takes pleasure in dividing you when you should be dividing the devil into pieces.

If you are a woman looking to cross the line, control yourself. It’s not worth it.

What gains you may think you have is instantly wiped away at the conclusion of sin.

As James tells us, “…sin, when it is finished, brings forth death.”

Proverbs 7 tells us that the sexually immoral woman is the “staircase descending into hell, into the chambers of death,” for any man that commits adultery.

And when you die without repentance, you will descend with him to your cell block in hell. That’s what the Word “chambers” means in the Hebrew.

If a man of God attempts to seduce you, turn up the alarm and expose that predator. Sound the alarm. Do not give in to your connection desires. Resist the temptation and run far away from that church. If he is married, tell his wife and leave the church.

Holiness is far better than hell.