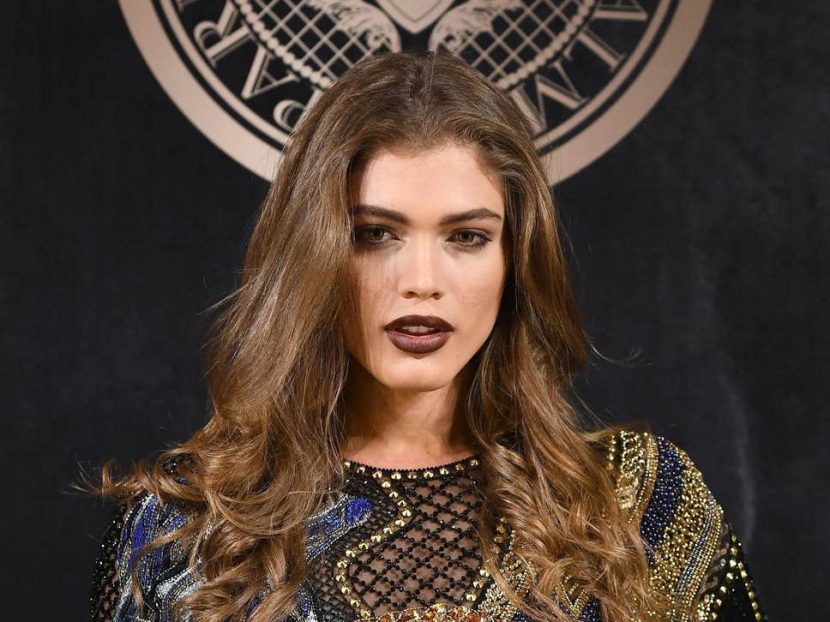 “Now these things became our examples, to the intent that we should not lust after evil things as they also lusted.”

I’m not a fan of Victoria Secret.

It’s just another venue for the lusts of the mind and flesh.

We’ve already warned you all about this.

Where men are surgically altered so perfectly that they would compete in beauty pageants and win.

We’ve warned about surgically altered men that are so perfect that men with lust in their hearts wouldn’t be able to tell the difference.

Bruce Jenner is a definite exception.

It’s common place for transgenders, transvestites to look like women and use their bodies in prostitution. Some have been able to deceive men and the rest is history.

New York passed a law about violence against transgenders when a man suddenly discovers that he was deceived and immediately commits an act of violence on that transgender.

I don’t advocate violence on anyone.

Violence against anyone is wicked and evil.

Christ never used violence to get His message across.

But we’ve been warning about the fact that you could be looking to lust after a man.

With no end in sight, the push to get general acceptance that a man can become a woman is in full swing.

Now with transgenderism is full swing, it’s now also a place for homosexuals to engage in lusts of the mind and flesh.

We’re seeing that the more that they push for this to be normal, acceptance will come around. It’s a time tested strategy. And in some places, it’s working.

But also, where people are afraid to speak the truth that transgenderism, it’s root is going deeper and deeper. To pull up the root will become much more difficult.

In the place of sports, pageants, and the work place, there’s no stopping getting man to accept confusion and insanity.

I don’t have to accept your insanity.

I don’t have to be confused as you.

I, and others, know the difference between a REAL woman, and a REAL man.

I, and others, believe the Lord in His Word.

He made them male and female.

Jesus agreed with the Lord God that They made them male and female.

Not God made them female trapped in a male body and the other way around.

When you came out of the womb, your gender assignment and X Y chromosomes sealed your gender.

Surgery, lies, and deceptions is completely powerless and absolutely irrevocable.

You could read about it here